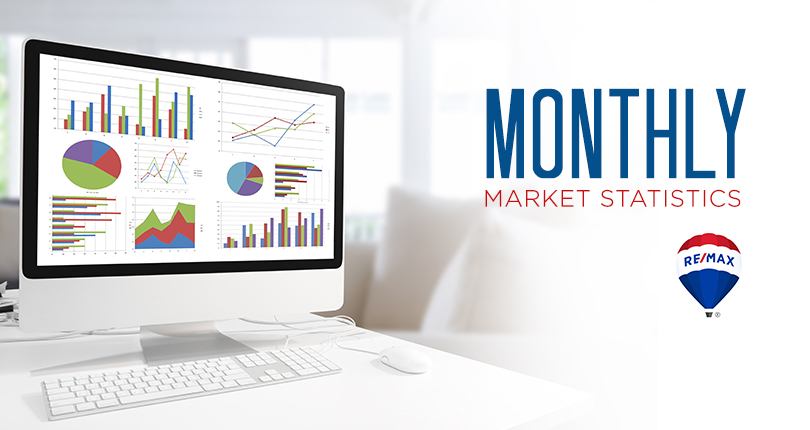 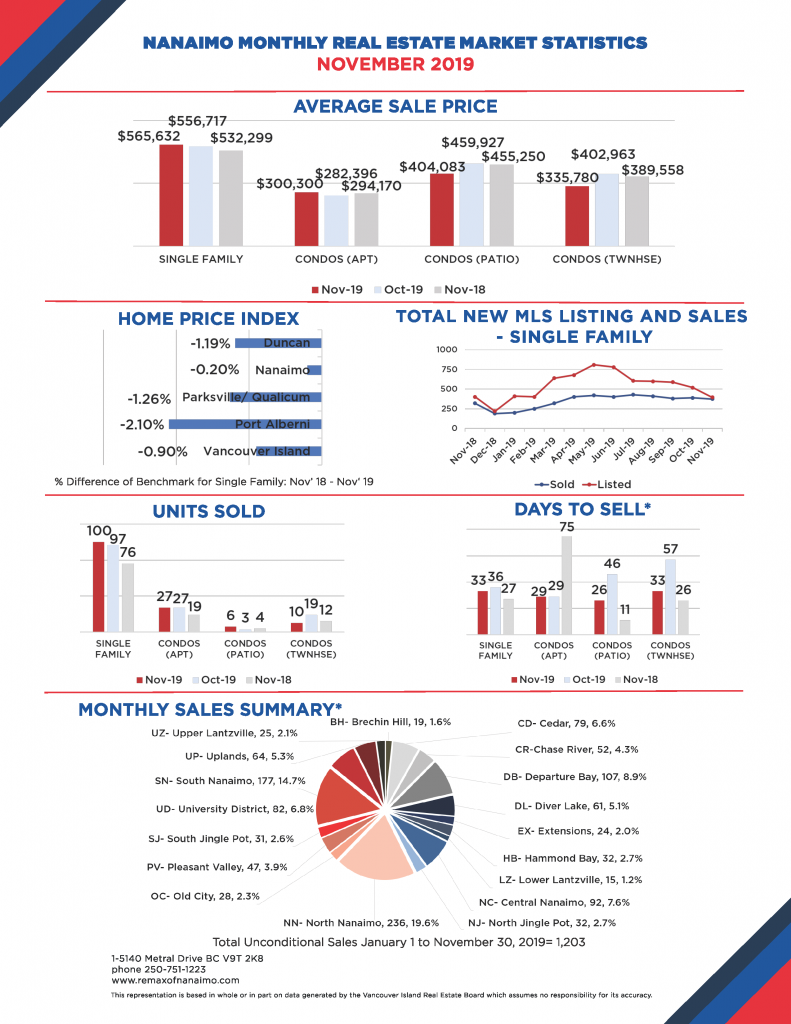 The sales of single-family homes in November rose by three per cent from 2018 and were nine per cent lower than in October. Apartment and townhouse sales dipped by eight per cent and 33 per cent, respectively.

The British Columbia Real Estate Association reports that after a slow start to 2019, MLS® home sales in the province embarked on a sustained upward climb in the spring, returning to trend after adjusting to market shocks caused by federal mortgage rules and provincial tax policies.

Trend-wise, VIREB’s housing market is balanced in most areas and inching towards a buyers’ market in a few zones. Overall, however, home sales and listing activity are at typical levels for our region. REALTORS® across the Island are reporting that there is interest among buyers; however, they are price-savvy, not in a hurry, and willing to walk away from deals. Some buyers and sellers are also choosing to wait until spring, hoping for more favourable conditions.

“Accurate pricing continues to be the key to a quick sale,” says VIREB president. “Overpriced properties tend to linger.”

Buyers and sellers may want to consult a RE/MAX of Nanaimo REALTOR®, who can explain the intricacies of our current market, with their home purchase or sale. We have access to tools and market analytics that will help us determine an optimal selling price for your home and find a property that fits your budget. 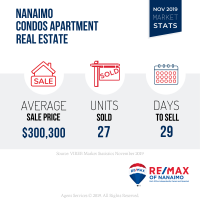 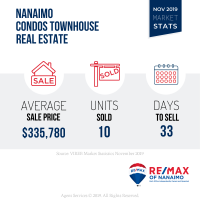 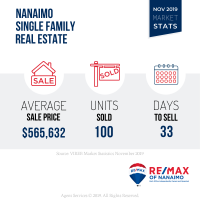 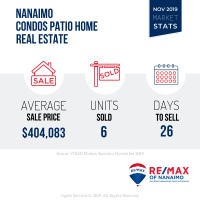